An Excavation / A Reading (Before the Statue of Endymion)

An Excavation / A Reading (Before the Statue of Endymion) is a video and sound work, a series of laser-cut acrylic sheets, a body of research materials including correspondence, photographs, and a Greek government agency declaration letter with legally protected marble powder fragments.

I was invited by the Onnasis Cultural Centre (OCC) in Athens to propose a video and sound work to commemorate the anniversary of the birth and death of Constantine Cavafy (he was born and died on the same date). My response to OCC was based on a letter to a Greek Government agency, the Acropolis Restoration Service, Ministry of Culture and Sports, Athens (YSMA).

The quarry situated in the Pentelikon mountain range, northeast of Athens, was the original source of Pentelic Marble used to build the Parthenon. The quarry is now protected by YSMA and the marble is permitted to be excavated for the sole purpose of the ongoing Parthenon renovation. 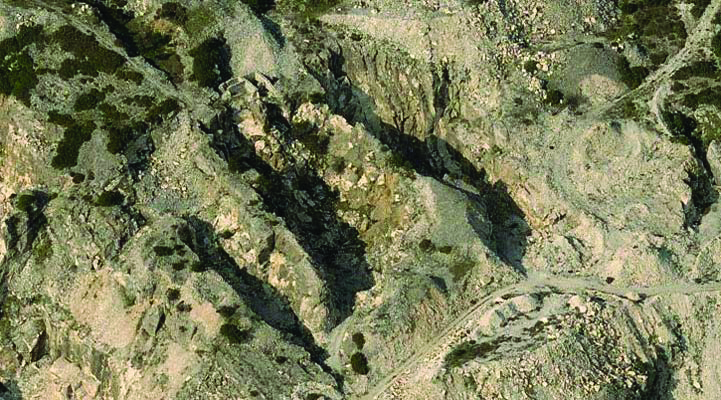 My proposal to OCC was based on a letter I sent to YSMA, requesting they send me off-cut unusable fragments of Pentelic marble from the worksite of the Parthenon renovation. YSMA eventually agreed and sent me the legally protected material with a formal declaration.

I contacted the translators of every English version of the Cavafy poem Before the Statue of Endymion. Four translators of the poem permitted their version be incorporated in the project and recordings were made of each being read by the poet, Peter Gizzi.

A stencil was cut based on each translation in chronological order and the first was positioned upon a taught plastic film suspended over audio speakers. The Pentelic marble fragments were ground to a fine powder and sifted through the first stencil, rendering the text legible on the surface of the film when the stencil was removed. 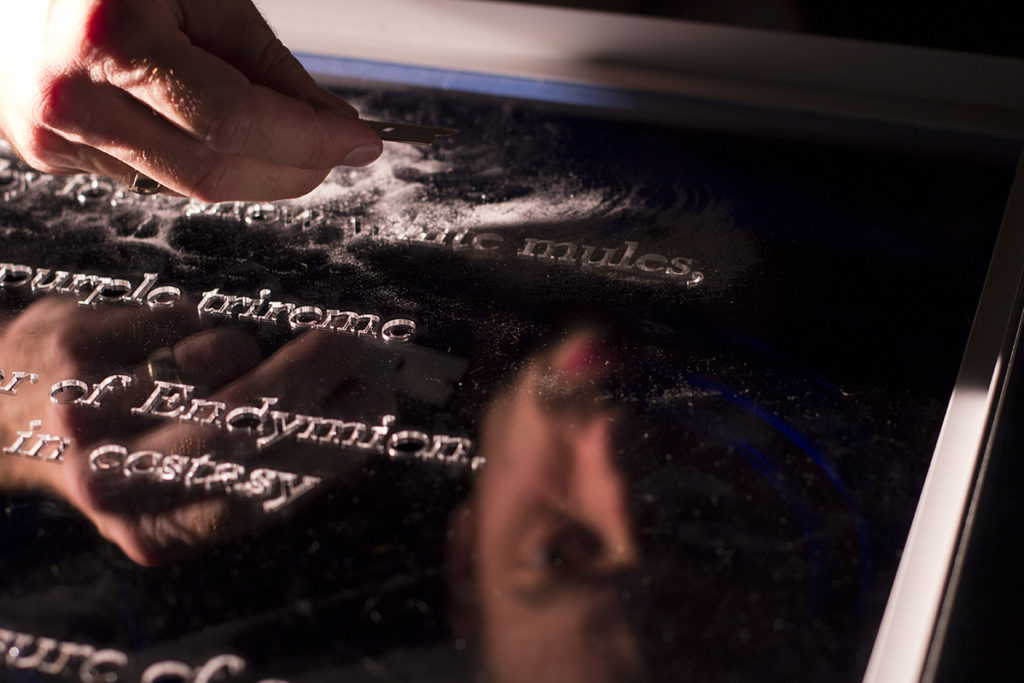 The reading of the second translation was replayed through the speakers causing a gradual and eventually complete disruption of the first visually rendered text.

An Excavation / A Reading (Before the Statue of Endymion) – excerpt.
Video and sound. 3m 15s. Commissioned by the Onassis Cultural Centre, Athens.